WWRV Radio~World Wide Radio Vibe was created by Ladie Mo$t, who also is the host and producer of the show. WWRV Radio’s resident DJ’s are DJ T-NYCE & “TYMEEK” THE ORIGINAL DJ SPEED. WWRV Radio has a very diverse music format. Some of the music played on WWRV Radio’s playlist includes: Hip Hop, R&B, Old School, Reggae, Soul & Funk, Slow Jams, Classics, Rock, Pop and I’m sure you get the idea that we are very versatile with the music we play and expose our audience to. We break new music from Independent Artists and legends in the music One of the hottest segments on WWRV Radio where we feature artists is “In The Spotlight With Ladie Mo$t…” Some of the very innovative and talented artists/people who’ve been “In The Spotlight With Ladie Mo$t…” are: Smoke E. Digglera, Money B [Digital Underground], Skee-Lo, B.A.M., Doc Ice [U.T.F.O.&Whodini], Dave Hollister, Dre Allen [Dre Allen Project], Strap, Dino Maddalone [Record Producer of the Year], Wasi, Dres [Blacksheep], Cmoe [The Narrators], Thembisa Mshaka [Author, “Put Your Dreams First” (HyeB)], F1 Diamond and the list continues to grow. 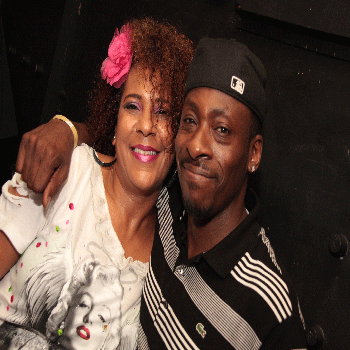 he Script… LADIE MO$T also known as Monay Denise Nelson originally hailed from Bronx,
New York before nomadically relocating to become Floridian.
Ladie Mo$t attended broadcasting school for T.V. & Radio and has also worked in the radio & T.V. industry [AM, FM and Internet radio]. Later, Ladie Most went on to join Starline communications in Miami, where she became the exclusive, signature Voice­Over talent. She then went on to become one of the pioneers as V.J. on VIDEO MIX A 2 hour live video show with DJ Domination, that aired on a cable network.

Ladie Mo$t’s training in Voiceover/Voice­Acting started rather unorthodox because she started as a writer and a lyricist [rap, poetry, copywriting and creative writing]. In becoming well rounded as a businesswoman and talent; Ladie Mo$t has mastered each of her rolls working as an ON­AIR Radio Announcer[AM, FM and Underground Radio], Internet Radio Show Producer & Host[WWRV Radio], and Voice Actress.

Tyrone Dee was born in Jamaica, but living in England for many years now.

Still have that beautiful Jamaican ways in me. Acting is my first love where work is concern, but God comes before everything.

The Lord has blessed me with some Great talents, and my Intention is to Glorified my Lord in every areas of my life. As an actor, I have being in, Eastenders, The Bill, Roger Roger, Baby Father, Both TV and the Theatre, The Colour of Justice, theatre and TV, where I played “Neville Lawrence” the Father of Steven Lawrence.

I have also played leading Roles in almost every plays that came to this country from Jamaica during the 80’s and 90’s. I was a presenter for BVTV and many community Radio station. I have just being offered a big role in a brand new play by, Allistar Baine.

Now I am on City links Radio every sunday from 9-11am playing nothing but pure undiluted Gospel Music. God Be Praised.

” DJHotLipz is from South London UK..She might have started her DJing late in life but she is certainly making up for the lost years now ……

When she was a child she used to record every single top of the pops show and make mixed tapes for all herself and friends  the top 40 on radio 1. Her ambition was to be a DJ in school but was told to not be ridiculous and ended up studying & then going into Fashion & Design.

When HotLipz’s uncle died and left her his collection of 7″inch vinyl’s from all the jukeboxes he ran over London she was inspired to push her dream into reality…. so a couple of years ago she went to the London Sound Academy up in Camden and took the beginners/ intermediate and advanced courses in DJing where she obtain distinction on all three courses

Since qualifying she has played out in a variety  of bars and clubs from the trendy East of London and down to  Brixton in the south.

Her taste for a variety of different genre from across the globe makes her stand out from the rest.

For DJHotLipz its all about making people feel happy & free